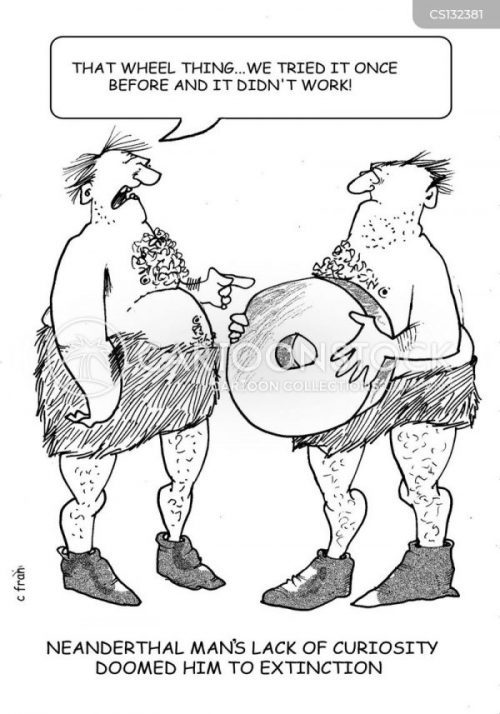 I Would Rather be Curious than Intelligent

Anybody can be curious.  There is no Training needed, any age minimum, and education is optional.  The great thing about curiosity is that it based on questions and not answers.  The prerequisites to being effective is 1. pay attention and 2. absorb.  I have a theory as to why curiosity gets a bad rap which has to do “old” Adam being duped by Eve.   Eve made curiosity something you due at a risk of negative/dire sequences.  I’m crying “FOUL ! I remember when I was young always turning over the rock to see what was under it.  As I got older I started to consider the “Cost / Benefit” axiom meaning was the potential reward worth the potential danger.  Big mistake and thus I am starting  a “Senior Movement”.  Let’s turn over all those rocks  ! I submit one of greatest thing we do that gives us the the greatest satisfaction and thrill is DISCOVERY.  It is also one of the most generous and satisfying things we can share.  The good news is there is infinite number of rocks out there just waiting to be turned over. 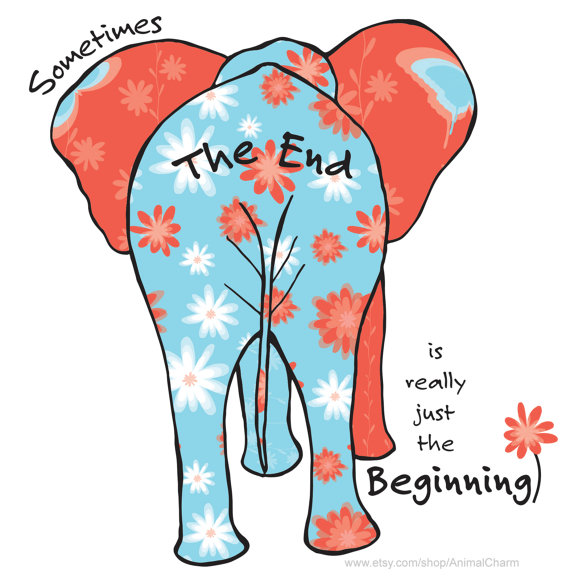 LIVING IN THE PRESENT – LIFE IS A VERB

Do you live in the Past, Present, or Future ?  This not a trick question.  I am sure you have said or heard some one say “If only I had”, If I could do all over again” or maybe “Next Time I Will”, In the Future I will Know Better”.  What is actually being offered here is an excuse ! When we are younger the past is immediate and the future is infinite.  As we mature the past is just the past the future is definable.  The present is not to be wasted !  It is important that we explore our passions and to able to not  waste any opportunities.  LIFE is VERB not a NOUN and thus life/living is an Activity. I have learned to be uncomfortable with the concept of Planning to do something as the question is if it is worthwhile “Why are You not doing it Now”.  My experience tells me that No Plan goes according to Plan. Live in the Present – Meaning Now !  Everyday is a New Adventure to be Enjoyed and Explored. 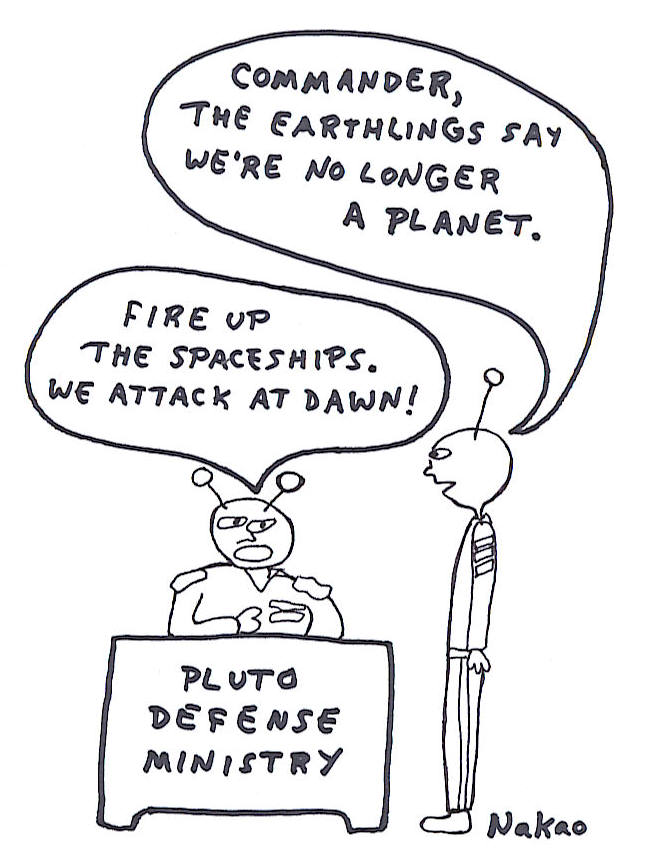 In the interest of putting current issues in perspective I remind you of a similar outrageous event of yes another impeachment.   Yes, I remember when Pluto was a planet !   Most us will remember Rodney Dangerfield’s tag line of “I get no respect”.   I’m starting a movement to get Pluto the respect it deserves to again take it’s rightful place as our ninth planet and most distant from the sun.  Several years ago Pluto was demoted to a “Dwarf Planet” status.  And !  this demotion was all about size !  This lack of respect is beyond belief and we can not let this stand.   In today’s environment it bad enough that we must change the Cleveland Indians to Cleveland Native Americans,  topple statues of Robert E. Lee, have electric motorcycles, wear helmets to ride a bicycle, have girls in the boy scouts, have a size 0 dress size and impeach a past president.  BUT, deny Pluto the dignity of being a plant.  Enough is enough!   What happened to “Due Process” ?  The name Pluto was derived from the Roman God of the underworld and suggested by an eleven year English girl.   Yes, Pluto is a male planet 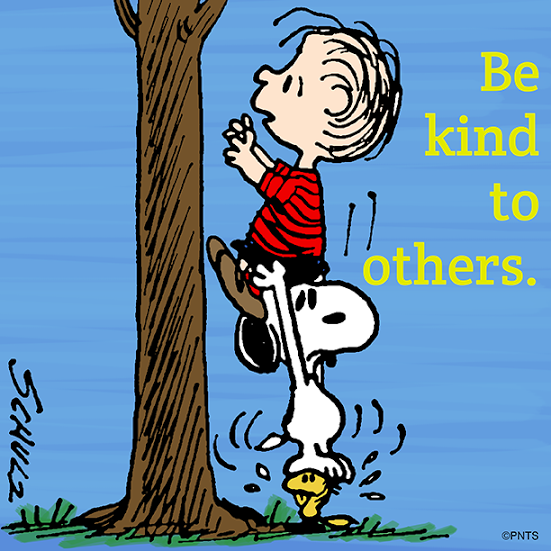 Yes, everyone is getting a bit testy over the “Virus Shut-in”. But, what a great time to look for a reason to share a smile. I was cheating yesterday and went to local Walmart. Outside was a gentleman who reached out to me with one of those sticks used to pick up trash. In the pincher was a card that said “I owe you a hug”. How special ! I laughed out loud / it made my day. Hey U can not make this stuff up. If u had a smile lately please share. Bear 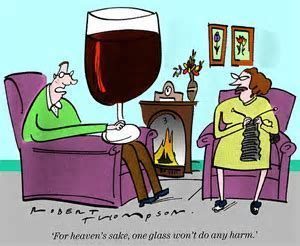 Dubious Honor of being Number #1

This post has a serious side ! Over last several months I became aware of several friends who had medical issues and also had withdrawal issues from alcohol. Two actually went to a facility for help with the issue. I took this as a wake up call. It made me think about how big of a problem this might be.  While in the Villages (Florida) I remember every day the bars were standing room only by noon and again at 5 PM. I made the same observation this year in Daytona and sadly here at home. There was one glaring similarity – all participants were over 65 and most over 70 years of age.  Thus, I did a bit research. Alas, the fasts growing group of people with alcohol problems are men over the age of 70. It is estimated the the over 30 percent (Wall Street Journal) of of people with a problem are in this group. Most had no issues prior to retirement but now found themselves with little to do.  Sorry but u can not make this up. Full disclosure I admit to drinking more myself generally under the guise of meeting my friends. Worth some consideration 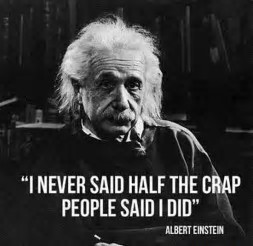 I willing to bet that literally everyone has either done something and or said something they regret and would do anything to take back.  As many of you know I’m convinced there is something or somebody that had a hand organizing things.  I have no idea what it or whom it may be and open to the idea of “God” but having said that I doubt the name is an issue and thus I refer to it or whom as “Ralph”.  Always have. To the point !  It is amazing how well things are thought out and how it always seems to fit.  But hey even Ralph is entitled to a mistake or oversight.  Yes, where is the seven second delay button. It is shame most of us do not to learn the art of listening until middle age or even later (guilty).  I must admit is has only been within the last 3 to 4 years I have started to consciously listen.  I’m learning to sit back and listen to what people have to say.  Amazing – there are people out there who as smart as I think I am.  I’m working on developing a device sort of like